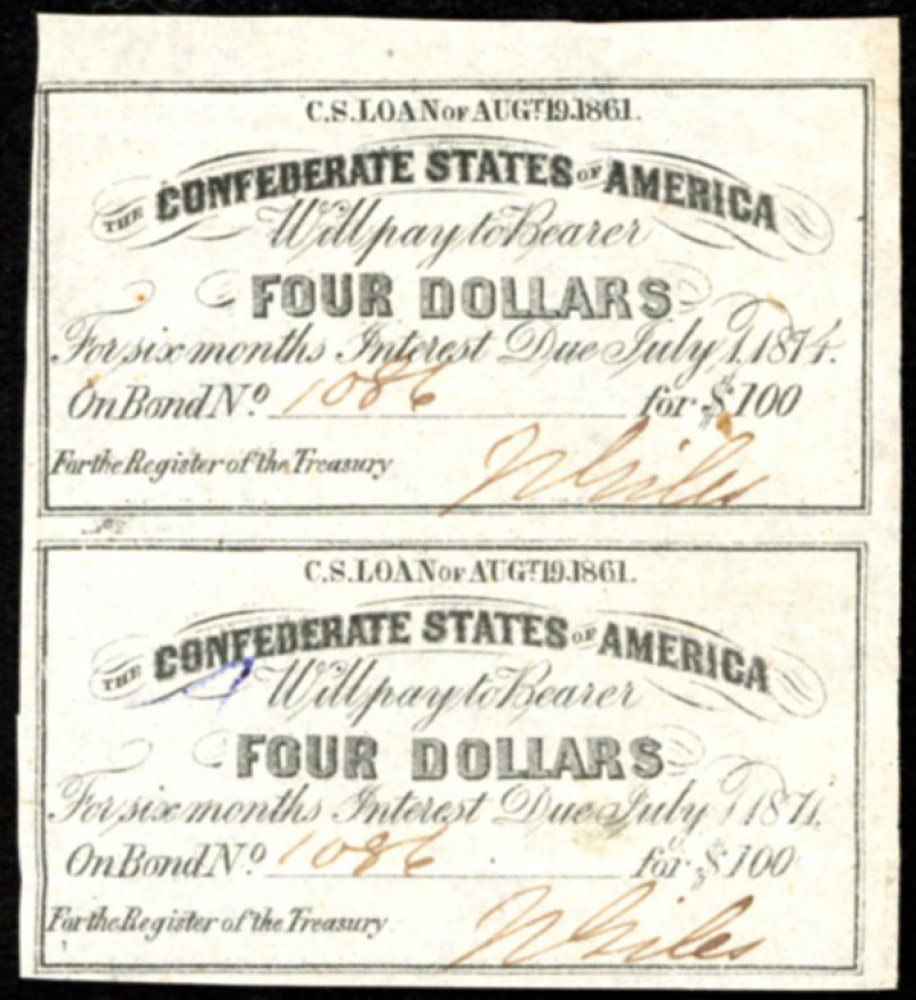 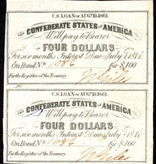 The uncut sheet includes (2) coupons as shown. Please see the images for further details on the condition of the coupons.

After the Civil War broke out in 1861, the newly established Confederate government began to issue it's own money as legal tender to the citizens of the South. The gamble was that if the South won the war, the money would be redeemable. The 1st note from the Government of the Confederate States of America was issued in April of 1861. From then on, notes were issued on through 1864. Almost every Confederate note was painstakingly hand signed and numbered. It is not uncommon for these notes to have uneven, or rough borders since scissors or shears were used to hastily cut the sheets of notes apart.