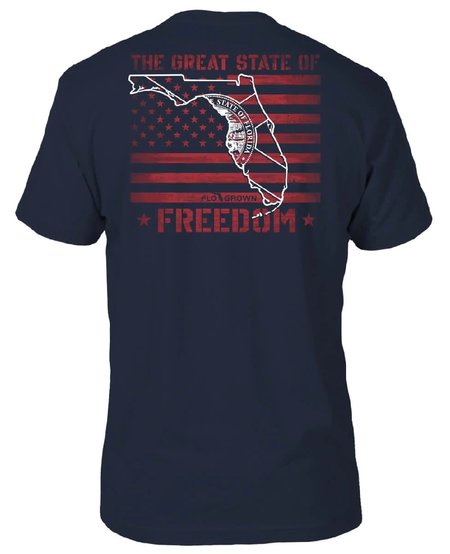 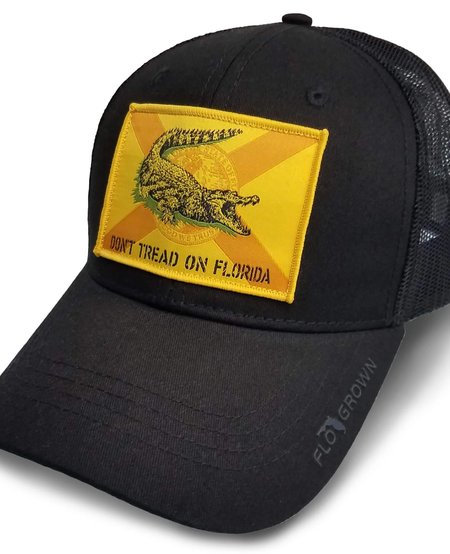 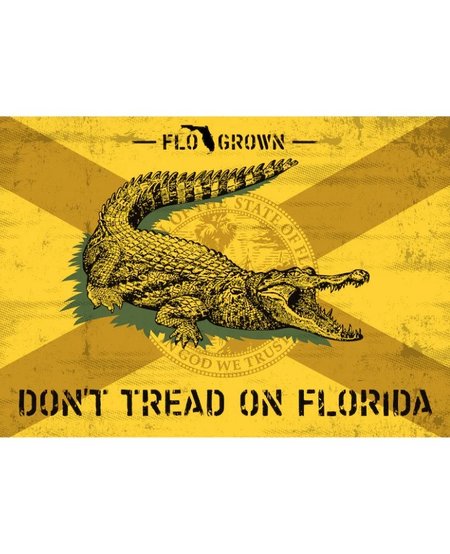 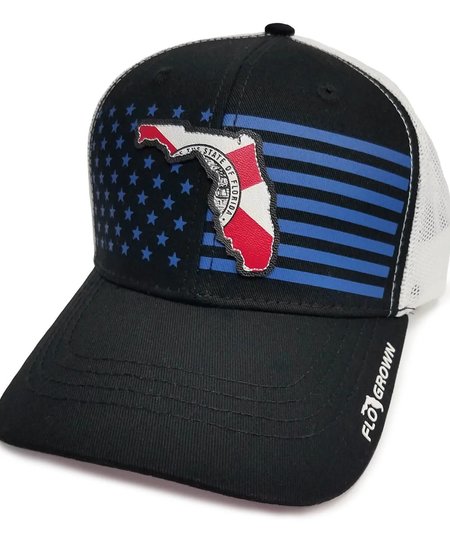 Stars & Stripes Hat
$28.00
Stars and Stripes adjustable snapback mesh back hat with the Florida State Flag and the USA Flag in blue. 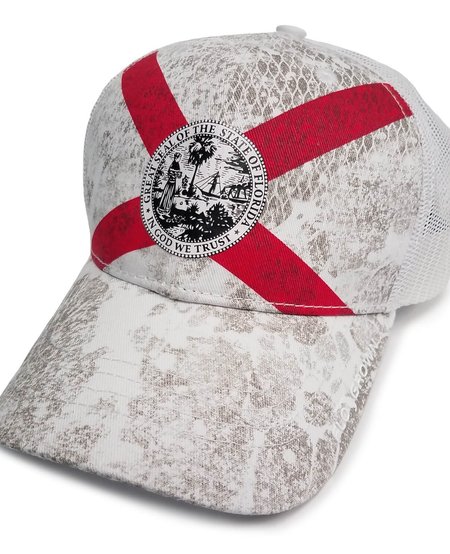 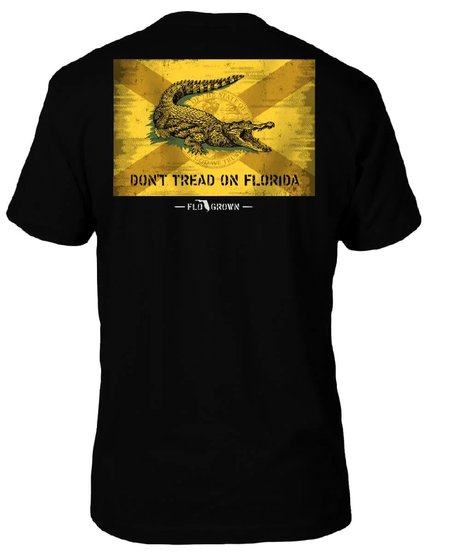 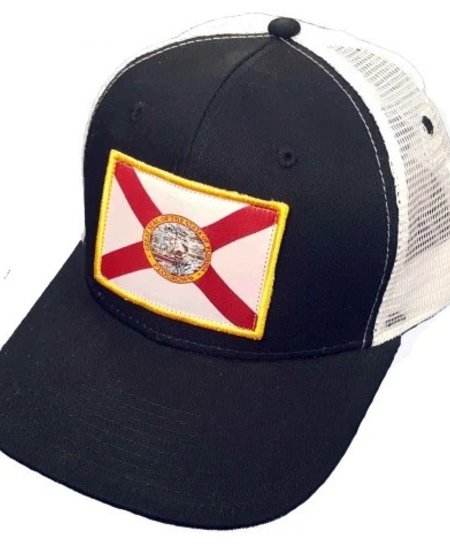 Florida Flogrown Trucker Hat
$28.00
Trust us — your ride will look better with a FloGrown Flag Trucker Hat laying on the dash. Perfect for riding with the windows open or the top down, our wide bill men’s trucker Florida hat is one size fits all thanks to its adjustable snap back. The front 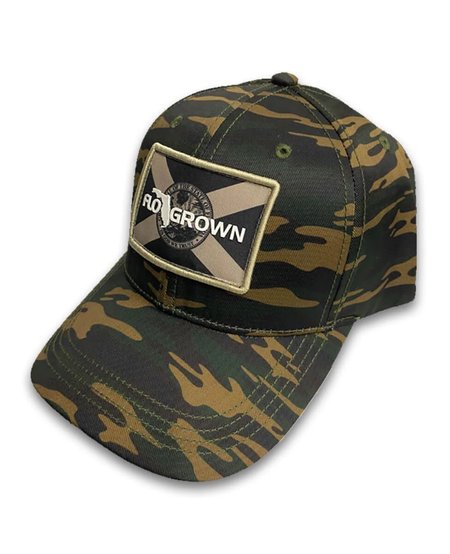 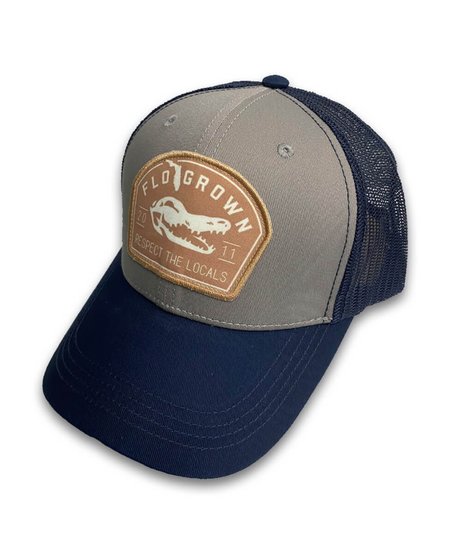 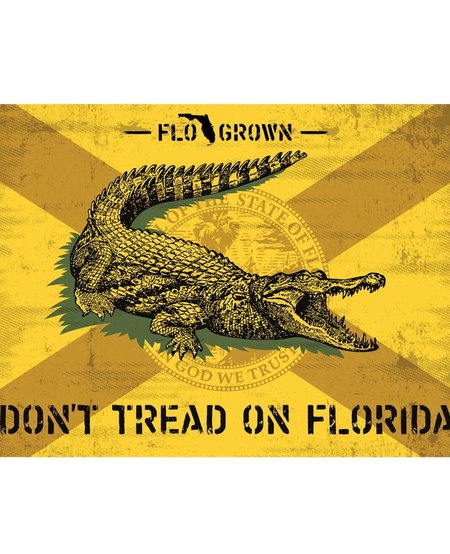 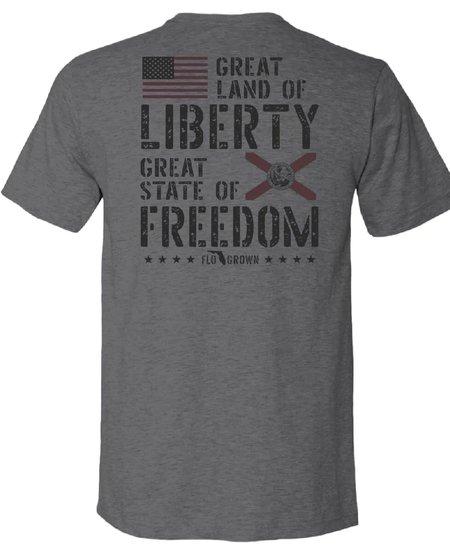 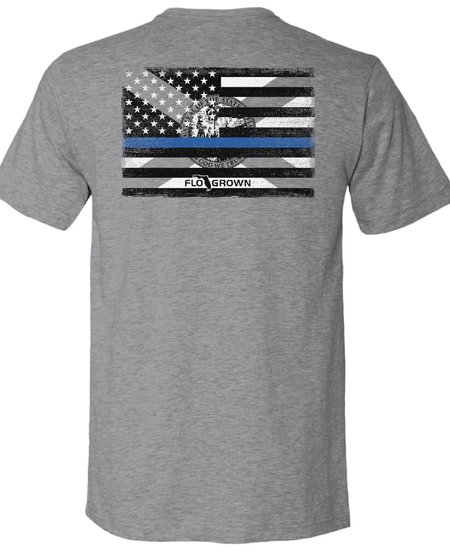 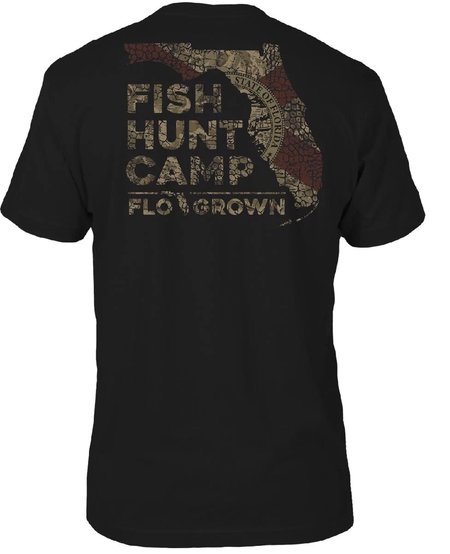 Camo Creed Tee "Fish, Hunt, Camp"
$25.00
Athletic fit
50% ringspun cotton/50% polyester
screen printed design
4.5 ounce
What's your Florida activity? This Camo Creed Tee features some of the best things to do in Florida, "Fish. Hunt. Camp." If there's any creed to follow for a Floridian, the 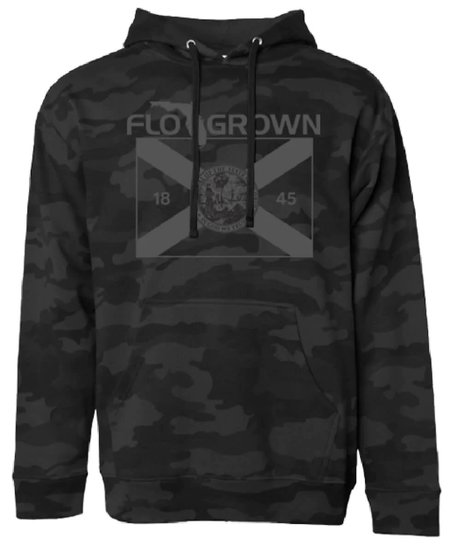 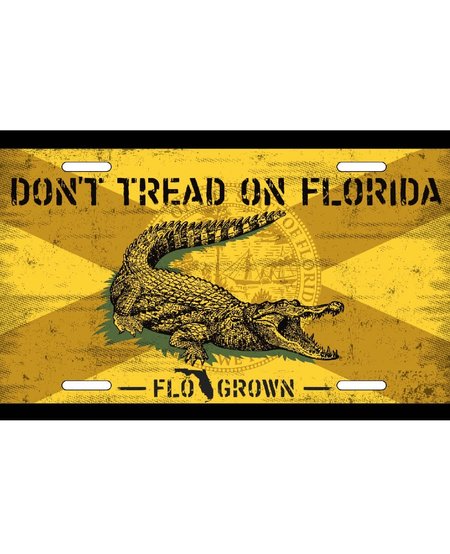 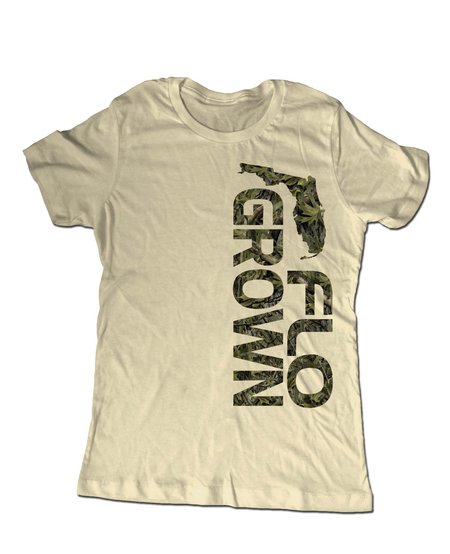 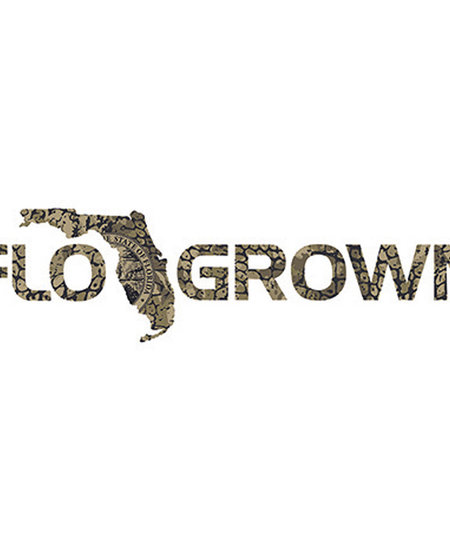 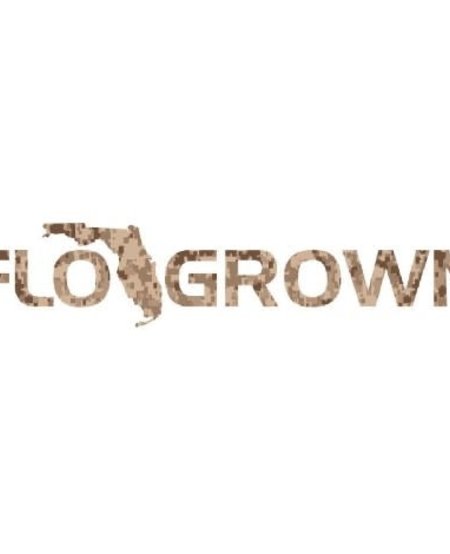 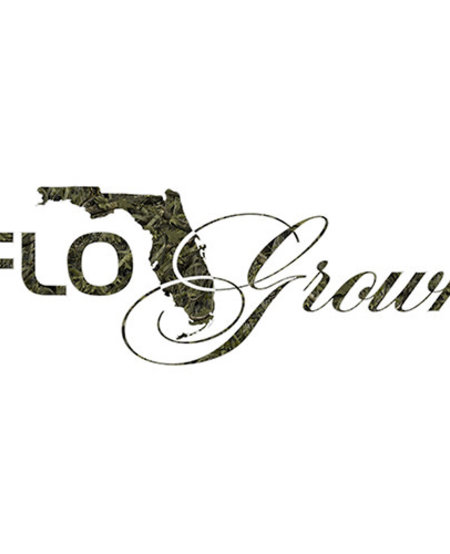 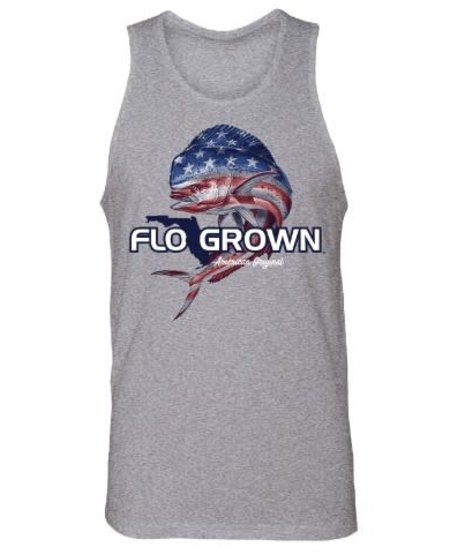 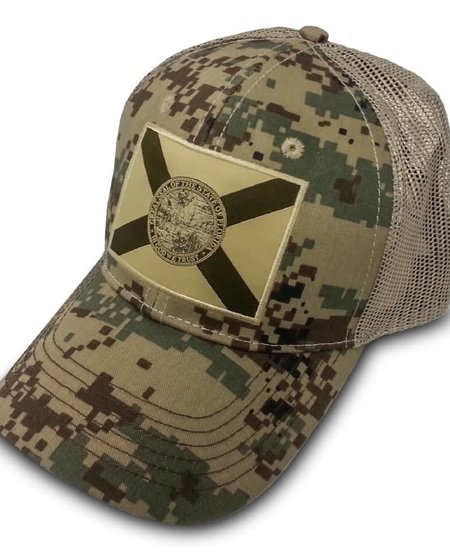 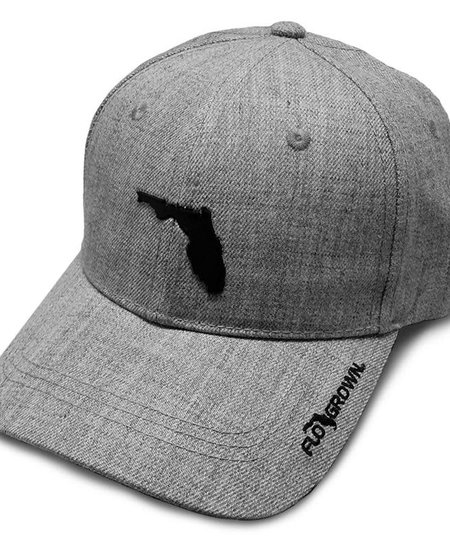 Standard Florida Hat
$28.00
Don’t let the name fool you, our Standard Florida Hat perfectly blends simplicity with FloGrown style. Grey from bill to back, a black rubber Florida applique rests on the crown with a FloGrown logo on the side brim and “The Best Coast” embroidered along 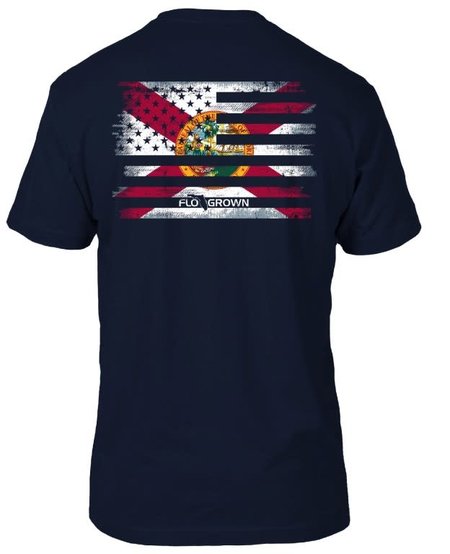 Flag Mash Up Tee
$25.00
Represent your pride for your country and state with our FloGrown Flag Mash Up Tee. Our dark blue cotton tee features the USA stars and stripes overlaid with the Florida state flag. We’ve made this comfortable, athletic fit shirt available in sizes up to 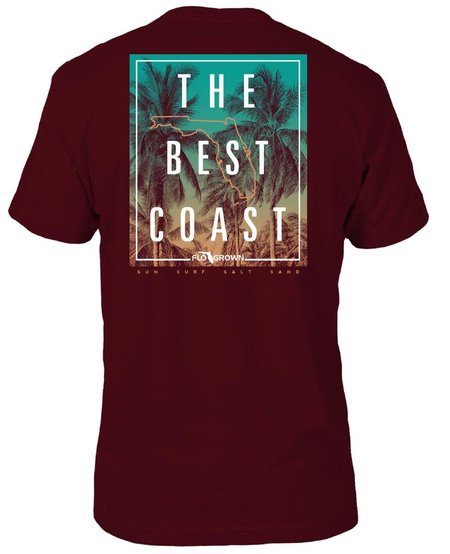 Best Coast Blend Tee
$25.00
The Florida coast is the best coast, no doubt about it. Showoff our spectacular shores with the Best Coast Blend Tee. This striking dark red men’s tee features an absolutely gorgeous graphic of palm trees against a sun setting sky. 100 percent lightweight
Page 1 of 2

Flo Grown was founded in 2011 by local Floridians who partake in activities unique to Florida. These include hunting, fishing, mudding and surfing, their hobbies lead them to establish a brand to differentiate themselves from tourists and snowbirds. Thus, the local pride, Flo Grown was born. The company itself was born in Orlando, Florida and that remains it's headquarters for manufacturing. Like Gear Up Surplus, Flo Grown is a growing and popular company in the Central Florida area.

Gear Up began carrying the Flo Grown line of apparel in 2019. Recognizing the Florida pride and locals desire to showcase their pride in the Space Coast. Through it's relationship with Flogrown, Gear Up caries decals, Flo Grown hats, t-shirts and other items that are carried. Through the relationships with companies like Flo Grown, Gear Up Surplus remains one of the largest military surplus online stores that also specializes in tactical gear, survival supplies and fashionable clothing like graphic tees and tactical pants.