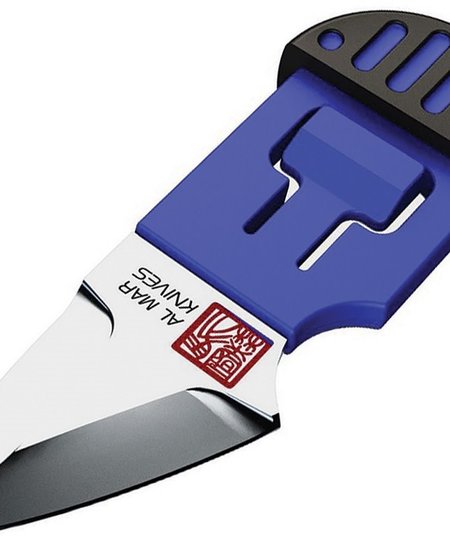 Stinger Keyring Knife
$22.49
$29.99
Keyring pocket knife is a discrete and handy way to carry a knife. with a pocket clip as well as hold for a key chain never leave the house without this nifty blade.

Al Mar was born in the U.S.A., the son of Chinese immigrants. He served in a Special Forces Reserve Unit and volunteered to serve in a Green Beret special operations group in Vietnam. After serving in Vietnam, Al completed his college education by earning a master’s degree in industrial design from the Art Center College of Design in Los Angeles.

He went on to work at Gerber® Legendary Blades under Pete Gerber, concluding his tenure there as “Head of Knife Design.”

In 1979, Al founded AL MAR® Knives. His mission was to blend mass production methods with custom knife quality. At first, the majority of his knives were designed for police and military, because of his vast experiences as a practitioner of Judo and Kendo and his history as a Green Beret. In fact, Al’s S.E.R.E. (Survive-Escape-Resist-Evade) knife was the first knife accepted for use by Special Forces Colonel Nick Rowe for the S.E.R.E. Instructor School at Camp McCall North Carolina. And as the company grew, his designs evolved to include high-quality hunting/fishing, kitchen, and gentlemen’s gift knives.

Today, we continue his mission to make knives with custom-quality design and innovation.