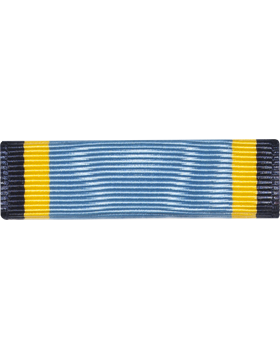 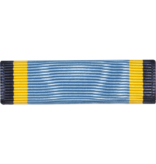 The U.S. Air Force created the Air Force Aerial Achievement Medal (AFAAM) in 1988. The medal is given to personnel to acknowledge their contributions as part of the aircrew. These personnel members are not qualified for the Air Medal. The AFAAM is presented in the name of the Secretary of the Air Force to members of the U.S. Military or civilian personnel who distinguish themselves by sustained meritorious achievement while engaging in aerial flight during their service in the U.S. Air Force. These achievements are accomplished through distinction that sets them above and beyond the normal expectations of a professional airman. Unmanned aerial vehicle operators can also be given this award.

The AFAAM is authorized by local commanders but the specific mission for the award is approved by a Major Air Force Command. In order to receive this medal, the minimum requirements are 20 flights of at least 2 hours with one flight per theater per day. To receive the basic AFAAM 14 flights may be used, but if this is the situation then 26 flights must be used for the first Oak Leaf Cluster. Enlisted personnel receive 3 promotion points per award.